I had just moved to the city, it was in early November of 2000. My parents had my uncle, Leo; find me an apartment in New York but it was to be shared with his friend’s daughter, Victoria Quinn. I didn’t know it then but Victoria would be the death of me. She seemed nice at first, but I soon learned it was only a disguise to her true nature.  I should have trusted my instincts the first time I met her but I had dismissed them due to my need for friendship in a new city. It was a long and scary flight from England to New York, and I wanted things to start off good, well as good as I dreamed it would be. For the most part, everything was going well, I didn’t get lost. I hate getting lost, it’s my worst fear.

As I rode in the Taxi from Newark Airport, I didn’t really think much, just observed the scenery as we entered New York City. As any newcomer, I was excited to see the lights in Times Square; my eyes were wide with glee. I was finally here; I was going to be an actress.  Or so I thought, the thing is some people get their dreams, others not so much.

When the taxi dropped me off at my new home, 761 Park Ave, I was surprised at how beautiful the architecture was. It was of the Victorian era and the details on the windows were breathtaking. It was a beautiful building; I smiled to myself as I grabbed my luggage and headed to the front door. I rang the buzzer. 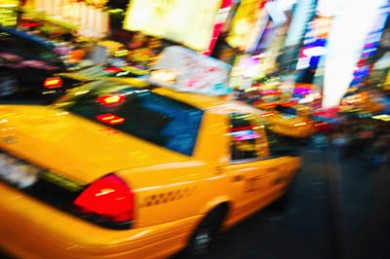 “Hi, this is Elizabeth Hodges, I’m moving into apartment 9.”

“So you are…do please come in,” the girl replied in a morbid tone, that somewhat put me off.  I heard the click, signaling that the doors were unlocked and proceeded to enter the building. It smelled of tobacco, lavender and Chinese food; an interesting concoction of smells, I thought to myself feeling hungry, suddenly. The elevator seemed to take forever to come down and I was getting rather impatient. After about 10 minutes, it finally came down and I was slightly frustrated by the wait but happy to be on my way to my new apartment. It was a quick lift to the 5th floor.  Briskly descending onto the 5th floor hallway, I was instantly in awe of how exquisitely it portrayed the vintage Victorian theme.  I took time to admire the single chandelier in the middle of the hall, the contemporary art hanging on the maroon and white walls, as well as, the very expensive looking maroon carpeting. For some reason, I had the craziest urge to take of my shoes and run my toes through the carpet but I decided otherwise to just find my new apartment and meet my new roommate.

I thought I would get lost but it was easy to find. It’s like she knew because before I knocked on the door, it hang flung open and there she was-the sadistic evil witch that would drive me out of my mind, but of course, I did not know it then or maybe I did.

“You must be Elizabeth,” she crooned. I got a bad vibe from her; she just kept staring right at me with that weird smile on her face. It made me uncomfortable but I dismissed my instincts because I was new in town and needed to start off on a good foot with this girl that was going to be my roommate for some time.  She was blocking my entrance into the apartment.

“I’m terribly tired from the flight, may I come in?” I asked, chuckling a bit, as it was my apartment as well, but the nervous laugh didn’t really help in disguising my fear. Victoria stared at me even more for a while, her eyes piercing into mine like daggers.

“This is your apartment too….for a while” she murmured.

“Nothing dear, let me show you to your room.” She smiled as she helped me bring my luggage to my room.

“Your uncle tells me you want to be an actor,” Victoria blurted out as she helped me situate my luggage in my new room.

“Yes, but do you mind terribly if I could get a cup of tea, I’m awfully thirsty” I said.

“The Brits and their tea, can’t go a day without it, huh?” Victoria smirked. I ignored her sarcasm and just said, “Yes, tea would be great. May you direct me to the kitchen?”

“Sure, right this way, sweety” she replied in a somewhat condescending tone. As I followed her to the kitchen, I could not help but notice the countless books on biology, psychology and crime-related mystery novels in the living room. The kitchen was just as beautiful as the rest of the apartment and I took a seat on one of the steel stools by the long marble counter. As Victoria prepared the tea, she made another attempt in small talk, mostly trying to bond with me as she too wanted to be an actress.

“You have such lovely hair,” she told me.

“Thank you” I smiled.

“How do you get it to be so silk like” she asked.

“My mom is a hairstylist back in London, so as you know, she was keen on having all her children have good hair.” I replied. She kept on complimenting me and asking me a lot of questions, digging into my personal life. I was getting uncomfortable.

“I see you’re interested in Biology and Psychology,” I suddenly asked, as a way to divert her attention from asking me anymore personal questions.

“Do you have any hobbies or do you just focus on acting?” She sneered.

“Of course, I do” I remarked trying to hide my embarrassment.

“Oh, I didn’t mean to sound condescending” she cooed at me, trying to sound sincere. I was so appalled but didn’t know what to say. She was deliberately undermining me and I couldn’t even muster the courage to put her in her place. I was ashamed.

“I think I’ll start unpacking and take a short nap afterwards. But first, I’ll call my uncle and parents, to let them know that I’m okay.” I finally decided to say as I grabbed my cup of tea and headed back to my room, feeling like a ton of bricks just crushed my chest.

I’m not crazy, he was real.

How could he not be?

Locked in surrounded by the four padded white walls, I long to escape and find him. They say I’m not right and must remain in this awful place. I don’t know how I got in here; they said I did terrible things to people. How could I? I don’t remember.

“Elizabeth” someone speaks softly but I pretend I don’t hear them. My eyes are closed because the harsh light hurts my eyes.

“Would you like me to dim the lights?” the person asks. It’s a man; I can tell. His voice is soft and sweet just like my Henry.

“Now, there you may open your eyes” he tells me. I slowly open my eyes. As I look around I realize the walls are not padded here but they are dark. I’m restrained as always by the white jacket and feel the cold from the steel chair. My long unwashed red hair covers my face and soon his warm hands are pushing it back behind my ears.

I glance up to see deep sea blue eyes staring at me with such warmth. He has dark brown hair and finely chiseled features. He is wearing an old brown blazer with a blue wrinkled collar shirt, dark wash jeans, and brown boots.

“There, now we can start” he gushed as he headed back to his chair a few feet from where I was sitting. I tilted my head to the left as I examined him.

“Are you ok? You seem distant.” He asked me.

“I’m Loren Kauffman; I’ll be your psychiatrist during your time here.”

“Yes, they say you don’t remember what you did” Kauffman’s voice trailed off as my mind raced and I went into a trance. It was only for a moment but I saw myself holding a bat as I hit at something or someone over and over. I couldn’t make it out; it was all so blurred. I felt someone shaking me and I lost the image.

“Don’t go away without me” Kauffman smiled at me. I completely disregarded what I thought I saw because I couldn’t be sure it actually happened.

“So, let’s get started” Kauffman exclaimed.

“Tell me about yourself”

“A gentleman wouldn’t keep me tied like this. Surely you know this?” I probed.

“I’m sorry my dear but I can’t release you from your bounds” Kauffman replied.

“Find who?” Kauffman asked in an intrigued tone.

“Who is this Henry?” he asked. At first I was reluctant to further discuss the topic but he was willing to listen and I could not pass up the chance of divulging my deep admiration for my precious, Henry.

“Well, he is handsome, kind, smart, and funny” I rambled on.

“Where did you meet?” he inquired. The question actually startled me because somehow I did not expect it.

“I’ve got a lot of time” Kauffman smiled back. I took a deep breath and closed my eyes as I recalled my first encounter with Henry. Suddenly, I was transported back to that day and so the story begins.