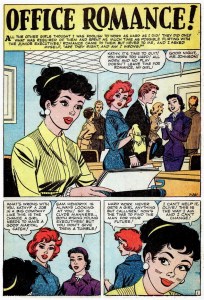 Beauty of the Breakdown

I fall once again on my already bruised knees. “Why do you cry?” he asks me with his hazel eyes piercing into my eyes. I try not to seem bitter when I respond to his facetious remark. “I’m alright, bloody hell-I’m a mess,” I say with a smile on my face.  He didn’t seem to hear what I said and just walked away. How could he deny me so vehemently? I wonder. I got tired of fighting the tears and left myself be unrestrained.  Somehow, I thought I would completely fall apart or even actually go insane but it was genuinely peaceful.

It is hard for me to let go of things or people. I’m still yearning for that connection that we lost a long time ago. He found somebody new and parades her around the office like the lead monkey in a circus. Many people advised me that it was foolish to fall for a guy at work, but as the rebel that I am-I did not listen to the warnings. When it blew in my face there was nobody to put out the fire in my heart. I acted like I didn’t care that he cheated on me with a younger woman. Nevertheless, everyone knew I was going to break sooner or later. They wondered. They stalked me with their eyes and haunted me in the bathroom. It was longer than I thought. Months passed and still I kept up appearances.

My roommate Stacy would liquor me up every night. “Drink up baby now-numb the pain,” she would tell me. I would adhere to her request and drink shot after shot of tequila. After getting wasted, I would jump in the pool and think what a tragedy my life was. These mess-ups keep happening like I don’t know what I’m doing. Sixteen years of dating and I have nothing to show for it. Have I not learned anything?! Am I not worthy of love? The pain he caused ran deep like a knife through my skin. I wished I could carve out my heart so it wouldn’t hurt me no more.

One day at the beach, I lay in the sand contemplating my assassination by way of drowning at sea. Obviously, I wasn’t going to go through with it. Suddenly, an epiphany, my realization was vivid. Everything that I had been holding in since that horrific day came out my mouth in screams. I screamed so much that I literally lost my voice and then it started to rain. After the rain stopped, the sun came out and I looked to the sky to see a newly formed rainbow. I hadn’t seen a rainbow in such a long time. It was magnificent. I had to comply with its beauty. I was so afraid of my feelings but that day I learned that there is a beauty in a breakdown.