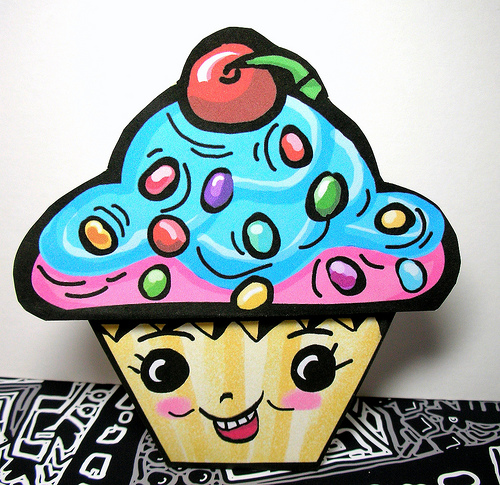 Mother never stayed for long. She always came dressed in her exuberant outfits and never matching high heeled shoes. “Flats are for ordinary women. I’m not an everyday woman,” she would say. Father let her do whatever she wanted. He never said no to her because he was afraid she would leave if he ever did.  He bent to her every whim and once drove from our home in South Jersey to Brooklyn to get her a cheesecake. She only ate Junior’s cheesecake and nothing else. You see mother grew up on the upper east-side of Manhattan. She is the daughter of a very successful and rich broker. You’d think she’d marry to a rich man but to her parents’ and her surprise she married my dad, Henry.  Henry was a server at this Italian restaurant called Vinnies when mother met him. He didn’t have a rich family like she did and had to work two jobs to pay for college.

They met one day in September of 1965. Mother had decided that she would go out to eat with her friends to eat after her last class. Her parents were very over-protective of her. They didn’t want her roaming around the city without a body guard with her. She hated being followed by a steroid using huge dude that scared her more than the strangers her parents were afraid of.

“We can’t go to Brooklyn, dweeb, my mother will freak!” my mother scolded.

“We always have fun at Vinnies. All those cute guys in Brooklyn; you know you want to go,” Carmen teased.

“Ok, ok. I give in,” my mother raised her hands in defeat. They took mother’s limo to Brooklyn. Indeed, she had a fabulous life. She didn’t know that this trip to Brooklyn would change her life forever. When they finally arrived at Vinnies; mother was having second thoughts about breaking her mother’s rules.

“Relax, S” Carmen told my mother.  Vinnies wasn’t an extravagant restaurant. It was pretty low-key but with an old touch feel. Inside it looked like one of those old diners with the tile floors and walls. It was pretty authentic and the cool spot for college kids. Everybody knew about Vinnies.

“Hi, may I take your order?” Henry asked my mother and her friends.  When he saw her he was so hypnotized by her beauty that his hands started to shake. Mother and her friends just stared at him. He was handsome. He had dark brown hair and blue green grey eyes.

“I love your eyes!” Julia gushed at Henry.

“Yes, they are lovely” Sasha told Henry. They looked into each other’s eyes and smiled.

“So, are you just going to stare at me all day or take my order?” Sasha asked Henry with a smirk on her face.

“Can I do both?” Henry responded.  Sasha blushed.  Julia and Carmen ordered chicken salads.

“I’m not a salad type of girl. The only salad you’ll see me eat is on my hamburger” Sasha said to Henry.  “You’re my type of girl, then” he responded. They both blushed this time. It was 12 pm by the time they left Vinnies.  Henry asked Sasha out sometime that evening but she declined.

“Why did you reject him? He was so cute.” Julia asked Sasha.

“What would my parents think?! They would never approve.” Sasha responded. She really did like Henry, but she knew her parents will never let her go out with him. She could picture it now what they would say.

“Absolutely not, you will not go out with that boy!” her father would yell.

“Honey, he’s just not good enough for you.” Her mother would tell her.  They controlled everything in her life, such as, what she ate, who she made friends with, what she wore. She thought that going away to college would lessen their grip but it just got tighter. They had people spy on her.  It was driving her crazy. Once they put a tracking device on her car and she had found it. To teach them a lesson she put it on this hooker’s car. Her mother went crazy when she thought her daughter was in Harlem.  As my mother remembered this she smiled. It was the most fun she’d had in weeks. She didn’t regret coming to Brooklyn and eating at Vinnies. She loved being with her two best friends and meeting her future husband, Henry.

“He was cute…..” mother said to no one in particular. Julia and Carmen looked at each other and smiled. They had never seen their friend Sasha so happy. She smiled all the way back to their dorms at NYU.

I just ran and ran as tears ran down my face.  The cold wind was like having somebody smack my face repeatedly. I couldn’t believe James was a gay. I mean I have nothing against homosexuals. I was mainly angry at him for not telling me this little secret of his. We told each other everything, like how he hated playing football. He only joined the team because that’s the only way he could get father’s attention. I was furious with mother. She was cheating on dad again and now with Mr. Quinn. If the neighbors ever got a whiff of my brother’s and mother’s secret it would be the end of us. What a tragedy?  When I got home, Clarisse, our nanny, was waiting for me in the living room. She was so angry that I had left without telling her where I was going.

“Where you’ve been?!” Clarisse screamed at me.

“I was so scared. You should have told me you were going out.” Clarisse responded

“I’m sorry,” I mumbled as I ran up the stairs to my bedroom. I was having a panic attack. My life would be over if the word got out that my brother was a gay and my mother was a home-wrecker. Our family would be shamed and we would lose our place and status. I couldn’t let that happen. I just couldn’t. I had to keep us safe; I had to keep my family’s secrets safe. No one could ever know. Suddenly, I heard a noise coming from outside my window. I went to see what all the ruckus was about. As I peered out my window I saw a tall muscular figure trying to get into the basement. I poked my head out to see better and I saw that it was a woman. Well, it looked like a woman. She had long reddish brown hair and was wearing a red sequin dress and black stiletto heels. She had some huge feet, I thought. Then, I put my hand over my mouth in shock when I saw her face. It was not a she but a he; and that he was my father! He climbed into the left backside window that leads into the basement. I don’t think he saw me, though.  I backed into my room again and threw myself on my queen sized bed.

“Oh my God!” I screamed.  My father is a drag queen! This day couldn’t get any weirder. I bet those were my mother’s shoes. Those must have been her new Manolo Blahniks. He was eying them when she brought them from the store last week. I thought it was weird but didn’t really pay any mind to it. We all have big feet. My mother and father have the same shoe size 12. I couldn’t believe what I had seen tonight. I felt like I was in a twilight zone episode or in a circus.

“Please let this be all a bad dream,” I said to no one in particular.

“Hey, honey,” I heard someone say and I turned to see my father standing by the door with a big smile on his face. He still had some red lipstick on his lips which he failed to completely wipe off. I wondered as I looked at him; how could a guy like him be a drag queen? He drives motorcycles for God’s sake! I still couldn’t believe I just saw my father dressed like a girl.

“What have you been up to dear?” he said.

“Nothing much; just went out for a run.” I responded.

“Night, dad,” I said. I heard him walk to his room and close the door. A few minutes’ later mom and James came home. Mom went straight to bed and yelled goodnight to James and I. James came into my room while I was eating my pain by way of a bowl of cookie dough vanilla ice cream drowned in whipped cream and chocolate syrup.

“What’s up?” James asked me. I didn’t even look at him. I just kept stuffing my face with ice cream.

“I saw you. I saw you with that man.” I responded in a harsh whisper. His eyes shot wide like he had just seen a ghost. Abruptly, he drew closer to me and lowered his face close to mine.

“You can’t tell anybody,” he whispered. He was so scared. I felt so bad for him because if kids at school found out he was a gay his life would be over. They will beat him up or worse.

“Why didn’t you tell me?” I asked James.

“I was going to tell you but I needed to be sure….” His voice wandered off.  He then told me how he had been dating the man I saw him with for five years now and that he thought he was the one.

“Five years, James, Five?!” I screamed. “Where did you meet this guy?” I asked. James went on to tell me that they met at this gay club downtown when he was 14 years old.

“His name is Mark,” James said to me. “I love him, Lisa. Dad can never know about this. He will freak especially when he finds out that I’m dating his protégé.”

“Mark!” I screamed. “You’re dating Mark Beyer?!” Mark Beyer was our father’s main man at the clinic. Mark was father’s assistant. There would be blood if dad found at Mark was sticking it to his son. James and I didn’t speak for a while. We just sat there on my bed. Then out of nowhere James grabbed my arm and said, “We’re getting married, Lisa.”  I fainted.